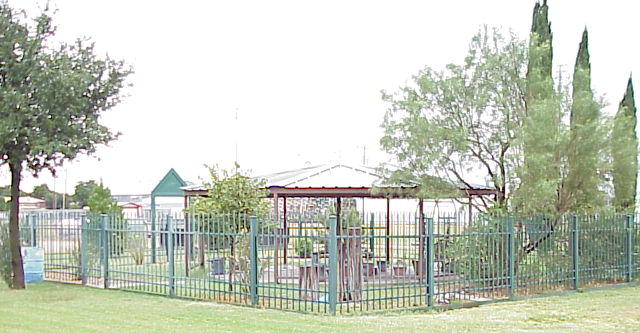 Celestene "Sally" Ann Mees Strube was born March 31, 1922, in Westphalia, Texas. When she was four years old, she moved to the Lipan Flats near Wall and attended St. Anthony's Catholic School and Veribest School. During World War II, she served in the WAVES. After the war, she married Gilbert Strube on February 11, 1947, at St. Ambrose Catholic Church.

Sally and Gilbert had seven children: Ann, Jimmy, Theresa, Thomas, Clair, Kenny, and Laura. They also have seventeen grandchildren. Until Sally's death on August 16, 2000, she was an active member of her community and her church. She always loved gardening and taking care of her plants and flowers. Grandma will be honored, knowing that there is a memorial for her in Wall's Garden of Imagination.

We love you, Grandma,

Bench was donated as a memorial to Grandma Strube 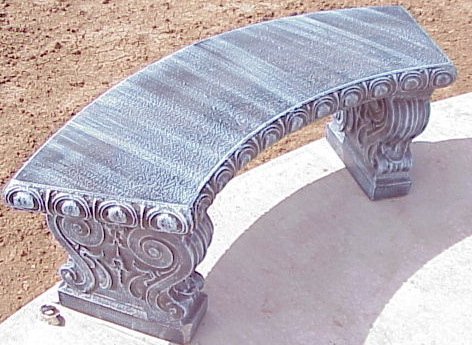 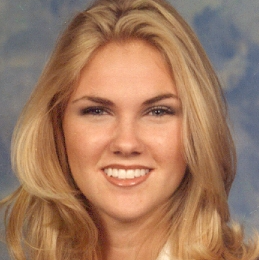 Amy Kathleen Pegram, 17, of San Angelo went to be with the Lord on May 18, 1999. Amy was born Oct. 28, 1981, in Goldsboro, N.C., to Reenie and Bill Pegram. Amy was a junior at Wall High School and had attended schools in North Carolina and San Antonio where she was on the drill team. She was in health occupations classes at Wall High School and worked at San Angelo Community Medical Center. Amy loved life and people and lived life to the very fullest.

She loved her Lord and shared that love with others in all she did. Amy had strong Christian convictions and often stood up for her beliefs even when it wasn't the popular thing to do. Amy's smile would light up a room, and it touched everyone. She always made everyone feel special. Heaven is richer today because of Amy's presence. We already miss her dearly. Survivors include her parents, Reenie and Bill Pegram, and her brother, Will Pegram, all of the home; maternal grandparents, Dr. and Mrs. J.W. Whatley of Durham, N.C.; paternal grandparents, Mr. and Mrs. E.W. Pegram of Henderson, N.C.; aunts and uncles, Amy and Jerry Lapp of Delaware, Joe and Cathy Whatley, Julian Pegram, Bobby and Beth Pegram and Walter and Kim Pegram, all of North Carolina; and numerous cousins.

A Desert Willow tree was donated in Amy's Honor.